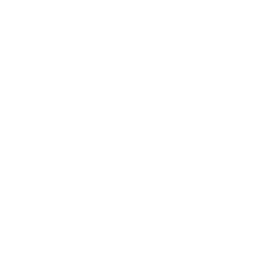 About
Why the Name Negative Split?
The name originated way back in the early marathon days of Coach Gerald(1990).  Gerald Sr., his dad, was instructing and/or coaching a young Gerald for his second mrathon.  Gerald Jr.  completed his first marathon with a 3:30 time.  He was determined to run his second marathon in sub 3hrs.  His plan was to run a 7:00 pace/mile from the gun.  Gerald Sr., in his infinite wisdom, strongly suggested he run easy for the first 5-7 miles going about 7:30-8:00 pace/mile.

Additionally, Gerald Sr. continued to suggest young Gerald run slightly faster miles in the middle with a strong 10k finish representing a faster than 7:00 pace.  This method would post an overall average of 7:00 and bring in a young Coach Gerald about 3hrs or less.  Young Gerald, being very confident in his running skills and vast knowldeg, ran those 7:00 iles all the way until mile 20.

What happened next was...an "I told you so moment".  The younger Gerald ended up walking the remaining 6 iles coming in only 1 minute faster than his first marathon at 3:29.

How did Gerald Sr. know the process would work?  Well he too had done the exact same thing during his first 2 marathons.  Through the years Coach Gerald was able to understand why this method worked and began to incorporate it into every aspect of his training.

It would be 11 years and several marathons later before he would get it right and achieve a Negative Split aiding him in going under 3hrs for the marathon.  He has gone on to run Boston Marathon as a high light of his running carrer finishing it in 3:06.

This is the philosophy he utilizes in all of his coaching and training.  It has led him to several World Championship events in duathlons and triathlons throughout the years.  Coach Gerald continues to excel as an athlete and even better as a coach sharing his philosophy for others to meet their goals.  Always remember Negative Split is one of the successes to your training.